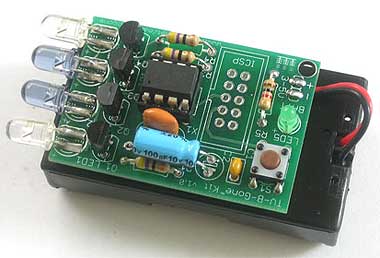 I have known about the tv-b-gone for some time now. If you don’t, its basically a small device that will turn off any tv in a matter of seconds, from over 200 feet away.

Earlier this week I saw one of the coolest/most screwed up things I have seen in a while. One of the guys form gizmodo took a tv-b-gone device into CES (consumer electronics show in las vegas)and wrecked the place. Here is the video http://youtube.com/watch?v=ICpM3ItIhI0

After seeing it, I had to build one for myself. $20 and 4 days later I had the kit in hand. It took me a bit to make it, as I have never soldered anything this small. I got it put together, and it works. All the TVs die the second i press the on button and aim this thing.

I have a feeling that this is going to be one of my new best friends. Just holding it makes me want to go play some pranks! I will be posting some pictures and videos later on for sure. 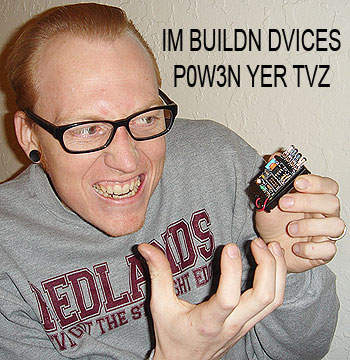