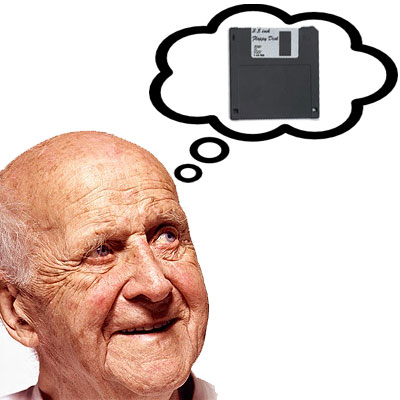 Over the weekend, I bought some new hard drives for my computer. They weren’t just any drives, they were the golden fleece of computer storage, TERABYTE DRIVES! My grand total at the check out stand was about $200. $100 per drive, on sale. You might be thinking, “big deal, who care, you can get those any where. whats so special?”. Let me take you on a short journey down my memory lane.

I really got into computers in 1993 (despite the fact that I wrote my first program in 1986). I started to tinker on a pre-built compaq presario that my grandpa had bought me for school. By 1996 I had started to build my own computers, and decided I was going to major in computer science. My physics teacher, Bruce Downey, was some what of a mentor to me in the field of computers. I worked for him as a teachers assistant my senior year. Instead of grading papers, many class periods were spent talking about the latest and greatest computer parts and what we would build if we had enough money. I can clearly remember looking at the back of computer magazines and saying,

I would build a computer that had a terabyte of drive space!

A terabyte was the holy grail of storage. In 1997, a terabyte looked like  a refrigerator, was about 6 feet tall, and required a server room environment to operate in. Not to mention the price tag of over $10,000 dollars. Definitely not for home use, and not something that a 15 year old could afford. 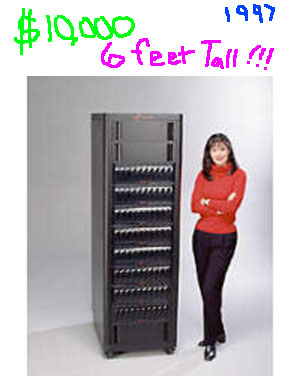 Fast forward to last weekend. It’s early 2009, 14 years after I was drooling over a massive (in size and price) piece of equipment that cost 10x my first car, and there I was, holding not one but 2 of the modern equivalents in my hand, and its common place. Today’s price and weight are a fraction of what a terabyte was in 1997. 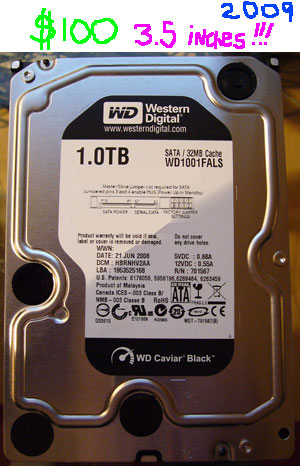 The terabyte drive is the first piece of equipment that I can clearly remembering using the phrase, “one day I will own one of them”, with. The impressive part is that a terabyte for $100 is not impressive! The tech industry doesn’t slow down. I’m excited for the future, it’s going to be a whole new game.

So there it is. I am officially old now. I am blogging about the good ‘ol days when hard drives took up rooms, 56k was a “fast” connection, and the portable media was floppy! 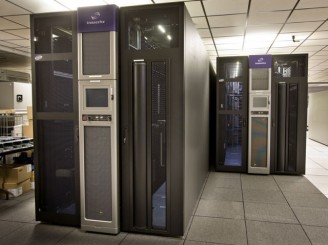