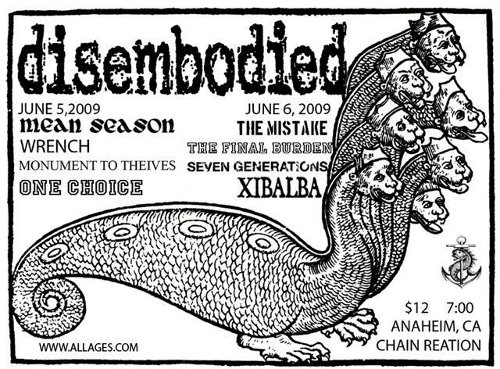 I know that I don’t typically blog about my personal experiences anymore. for the last few years I have have turned this into a very tech oriented blog. I’m going to start breaking that mold and start posting about a wider subject matter. I think it will to help increase the frequency that I update this site, and because, well… I make the rules around here.

Last Saturday was something that I didn’t think would ever happen. I got to see the band Disembodied play a reunion show. It was the first time in 10 years that Disembodied had played California, and possibly one of the best shows I have ever seen.

Who is Disembodied?
Disembodied formed in 1995 in Minneapolis, MN. Disembodied had a devastating effect on the sound of hardcore. Introducing themselves as simply the heaviest band in hardcore and going way beyond. Disembodied disbanded in the late 90’s, later moving on to form the band Martyr AD. Disembodied was instrumental in creating the distinct metal/hardcore sound so prominent todays heavy music.

Seeing Disembodied play had been a dream of mine for a long time.I sang in the hardcore band xDEATHSTARx for several years, Disembodied was always sighted as one of our major influences. The brutal honesty and raw emotion pumped into their music was something that always attracted me to them. I’ll be the first to admit that their music isn’t for everyone, but for some reason is strikes a chord deep inside of me. 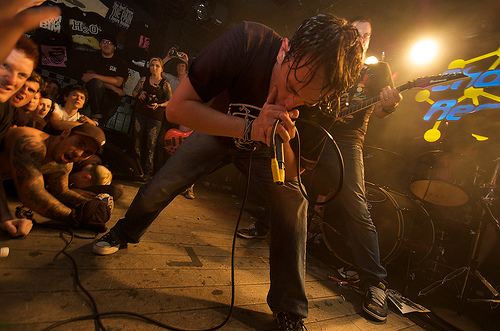 My friend Jav put a lot of work in getting Disembodied to play 2 nights at Chain Reaction in Anaheim Ca. I bought my tickets 6 months ahead of time and patiently waited for June 5th 2009.

Now I regularly go to shows (concerts), and I have literally seen thousands of bands play, and heard tens of thousands of songs performed. Most of the time it not memorable and blurs together. On June 5th, Disembodied played a set that I would rate as one of the best I have ever seen (top 5 easily), and is something that I wont seen forget. This show renewed my faith in the hardcore scene and brought out emotions in me that I thought were dead.

After being in retirement for 10 years they didn’t miss a beat. The vocals were just as sharp, and still emotion packed. The music was delivered perfectly and with the impact of a bomb. “Heavy” is a term thrown a lot in this genre of music. Disembodied defines what heavy is.

Here’s a video to gove you a sample of what the of the show was like.

I got this shirt at the show. Yes, it’s a goats head. Yes, I’m ok with that. Yes I have worn it to church. 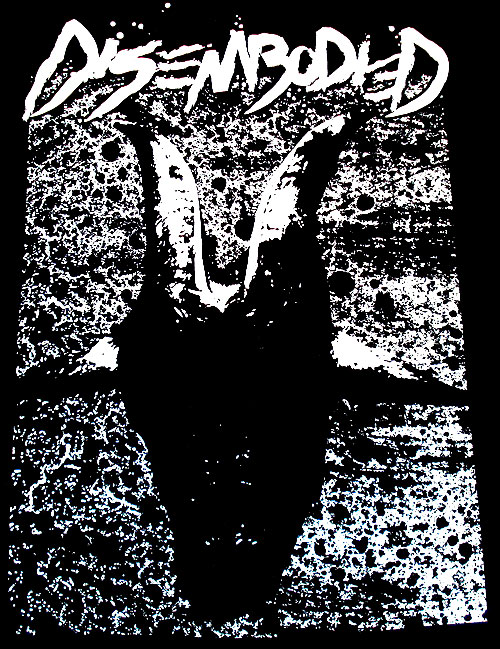