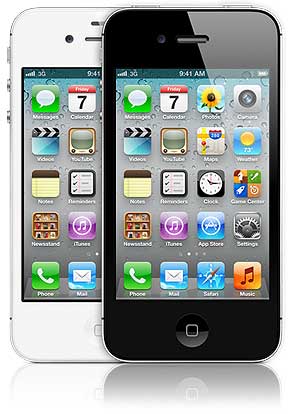 Am I ordering the new iPhone 4S? As my tattoo says, “oh hellz yeah!”

I’m excited about the iPhone 4S and I’m going to pre-order it. I’ve heard a lot of people complain about the 4s, about how “It’s nothing new”, and “It’s basically the same as the iPhone 4”.

I love my iPhone, ive loved them all. I’ve owned every generation produced. With each release, the iPhone gets better, and becomes a larger part of my life. I use my phone a lot. It’s a mobile computer thats always with me. As an app developer, I can basically do anything I want with it.

When I ask people who are disapointed in the 4s, what they were hoping to see, the most common responce I get it, “I wanted it to be shaped different.” Shaped different! What? OK, I agree it would be cool to have a different sized iPhone, or a slightly different shape, but if I had to choose between better speed and an updated look, I’m going to pick the improved speed 10 times out of 10… I actally USE my phone.

I think more people would have been excited about the iPhone 4s if it looked noticabley different from an iPhone 4. I really think that most people care more about the status of the iPhone and the look of it rather then the utility and freedom it provides. If the iPhone 4S had a different style back, like metal instead of glass, I feel that more people would be impressed with it. There is nothing stylish about owning an iPhone 4S. The 4S update is about the “S”, speed.

Personally, I like to think that the 4S means “For Steve Jobs”. The world has lost a great visionary. Without him we wouldnt be arguing about iPhones. RIP.

How a bad hard drive changed everything for me

Too cool for iTunes Match