2013 has been an interesting year for me so far.

Following my goals for 2013, I have been focused on building more software products and services that automate more of my income and help me payoff some debt. I’m finding great success with Shopify.com apps and consulting work. I should really blog about this more.

Yesterday I got an idea for a shopify app. I have a very strong feeling that its going to be great once I launch it. I’m hoping to have it done by the end of summer.

To help promote my clothing line, Wolves Clothing. I’ve brought on a partner / vice president. In a short time we have already started seeing some progress. I’m very hopeful for the future as we branch out and start to sponsor more bands, events and athletes.

Being a new father in a digital age has really changed things for me. In mid February I was at home having lunch, talking to my wife, when all of a sudden my son #JacksonHighland started trying to walk on his own. Amy acted fast, pulling out her iPhone and capturing a video of Jackson’s first steps.

The entire experience was amazing. Having my son walk to me was a great feeling, but the realization that I had a high definition digital copy of that experience really hit me hard. I will have a copy if that moment forever. I will be able to share that moment with my family, loved ones, and with Jackson himself when he gets older. I want to capture everything. I don’t want to miss moments like this.

I also realized that I have a digital photo of him from every day that he’s been alive, and those will last forever as well. I have a few dozen pictures of myself as a child, Amy only has a hand full of baby pictures of her (Her house burned down in 2003). Jackson is going to end up with thousands of images of him growing up.

The day after Jackson took his first steps, Google announced a contest called #IfIHadGlass. In 140 characters or less you had to tell them how you would use Google Glass if you got a pair, and include the hashtag #IfIHadGlass.

One of my goals for 2013 was to try a pair of Google Glasses. If I was able to wear a pair for 5 minutes, I would consider this goal accomplished. I submitted the following to the contest:

I have an 11 month old son. Every day he does something new and amazing. #ifihadglass, I would always have a camera ready to capture those moments forever, and share them with family and loved ones. He will only take first steps, and say his first word once.

I also attached the video of Jackson’s first steps.

Yesterday I found out that I was accepted into Google Glass Explorer program! I’m getting a pre-release pair of Google Glass! It’s still hard for me to believe.

I love the concept of wearable computers. If you know me well, you know that I would love to augment myself with digital parts. I’ve always wanted a heads up display, just like RoboCop, The Terminator, and The Predator.

My entry to Google is genuine. I will mostly be capturing video and images of Jackson growing up. I will always have a camera available when he starts to do something new and awesome. I can’t wait.

I imagine that Google Glass will change a lot of things in my life. I’m going to be doing a lot of testing, app developing and blogging about Google Glass. Stay tuned! 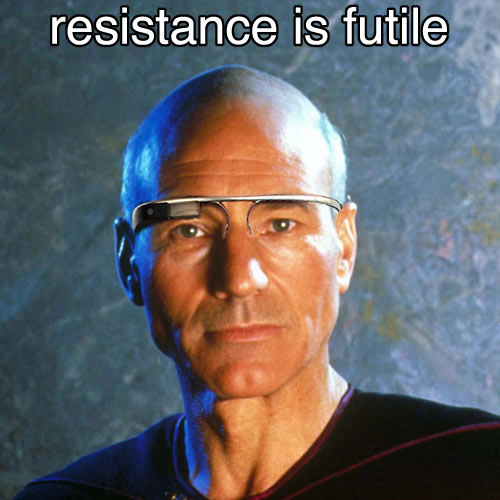